Likely 60 Years For Shooting a Car, Nothing For Killing a Black Kid 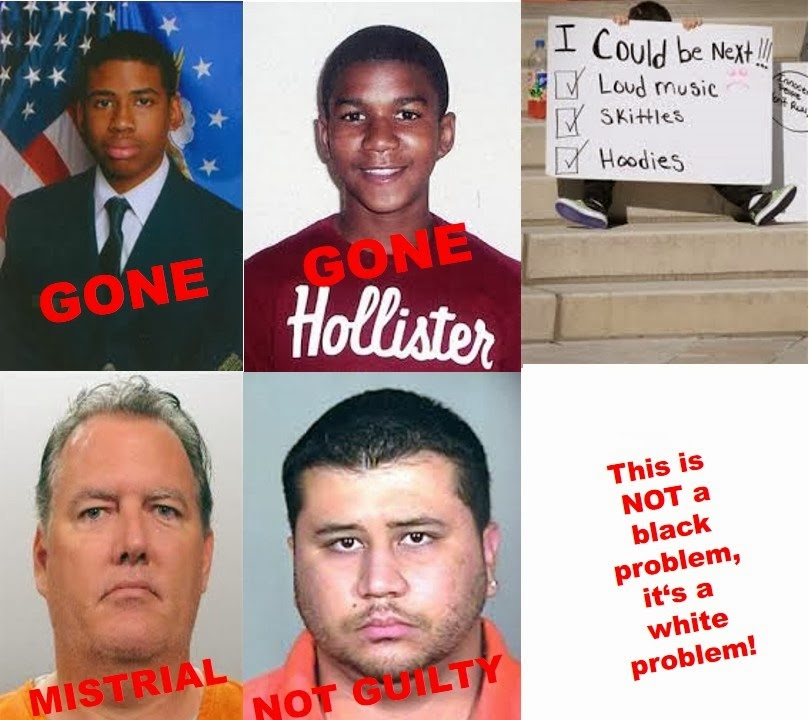 This weekend, a jury in Florida came back with a verdict in the case against Michael Dunn. Guilty on 3 counts of attempted murder. Hung on murder charges, meaning a mistrial on that count.

If you haven't been following the case, Dunn is the man who shot and killed 17-year-old Jordan Davis, a black teenager, for playing music too loudly. Dunn claimed self defense because he said they brandished a gun.

What is wrong in a world where a man can shoot and kill an unarmed young man and not be found guilty. But can ultimately spend upwards of 60 years in prison for shooting at a car speeding away. Does the car have more value than the life of a black kid?

What is wrong in a world where a man can shoot and kill a black teenager in a hoodie. A teenager trying to get home, armed only with Skittles and a sweet drink. And get off Scott free after claiming self defense. Does the man carrying the gun have more rights than the 17-year-old carrying a bag of candy?

What is wrong in a world where a black woman gets sentenced to 20 years in prison for firing a gun in order to protect herself from an abusive husband. A gun aimed at the ceiling. A gun not aimed at any person. Is the ceiling more valuable than the lives of two teenage black kids?

As a member of the human race, I felt the negative energy of the verdict that came down over the weekend in the Michael Dunn case. I can't imagine what it did to the family. And I never will.

Yes, I realize the cases are not as simplistic as I've made them out to be in this article. But at the core of each of these cases is the devaluization of young black men. Kids, actually. Because I have no doubt that if these cases had white teens as the victims and black men as the shooters, the verdicts would have been very different.

The "stand your ground" law in Florida, coupled with the high-profile cases where non-black men shoot and kills black kids, means it's open season on any black kids. But put a gun in a black woman's hand where she shoots, not at a person but at the ceiling to prevent an attack by her abusive husband, there is no protection under the law.

There is not question in my mind. This is not a black problem, it's a white problem. A problem whites have with blacks.

Until we see all people, not as members of the black race or white race or any other colour under the rainbow. but as members of the human race, more kids will die. I can only hope that their untimely deaths have meaning. That their deaths are catalysts for necessary change.

Posted by Darlene Barriere at 10:20 AM