Be Grateful For All Acts of Kindness 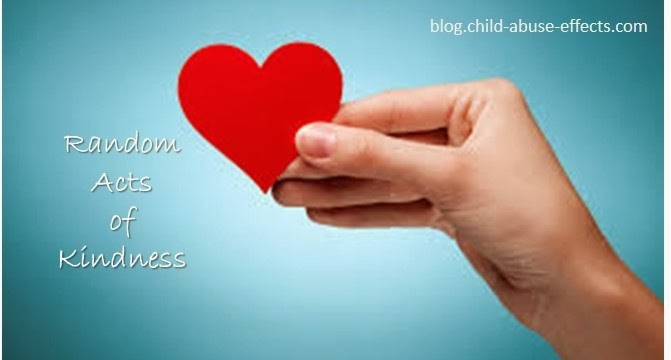 Have you ever done something nice for someone, only to be left feeling as though you'll likely not do anything nice for that person again? Or that if you do, you want to do it anonymously?

I'm not talking about someone who doesn't appreciate what you're doing. I'm talking about a situation where the person keeps telling you how bad they feel for you doing it.

Over the weekend, I went over to my neighbour's place to chip away the ice build-up at his drive and curb. The ice was so thick and widespread that it was preventing the winter melt from getting to the drain. Water was pooled and blocked, creating more icy build-up each night with dipping temperatures.

So I decided in the interest of all of us neighbours, I would take my ice chipper, shovel and bucket to get a channel chiseled to release the backed-up running water.

I was out there about half an hour or so when my 90-year-old neighbour came out to see what all the racket was about. He was surprised to see me, a 56-year-old woman, working like a lumberjack to remove all that ice. In some parts, it was four or five inches thick, and seemingly melded with the black top.

My neighbour has been around for a long time. Was in the Korean war. Worked hard in the military. Worked hard his entire life. Did kind things for many others. But he's of the age that when a woman has more strength than he does to do what many would consider a man's job, it can be a bit challenging to accept.

He came outside to check on my progress half a dozen or more times. He was appreciative. Very appreciative. He even brought out a chocolate bar and a drink of ginger ale to keep up my strength. Very much appreciated. I assure you.

The job took me about 3 hours. Including shoveling up all the blocks of ice to across the road atop the existing windrow. Even I was impressed with the job I did. Never expecting to actually remove the entire massive patch of ice.

But what struck me was my neighbour's persistent response. "I feel bad that you're having to do it."

He felt bad. I was doing something kind, and he felt bad.

Without realizing it, my neighbour was negating the act of kindness. Every time he told me how bad he felt about me doing the work, I felt a negative energy. Which is not how I started.

Now don't get me wrong. I know he was grateful. But even if he wasn't, I didn't get out their in order to get accolades. I would have preferred to be able to do it anonymously. It just wasn't possible given the circumstances.

But on an energetic level, I felt the badness he kept talking about. And that got me thinking. How many times have we inadvertently said something negative to someone who was doing us a favour or providing us with a random act of kindness? How many times have we allowed our own egos to interfere with our appreciation?

And by doing so, not only is the person giving me the gift of an act of kindness, I too am providing a gift to that person by allowing them to give it to me in heartfelt gratitude. It's a two-way street. Being unreservedly grateful is my act of kindness. I think this is where the adage, It is better to give than to receive, truly comes into play.

Posted by Darlene Barriere at 9:45 AM