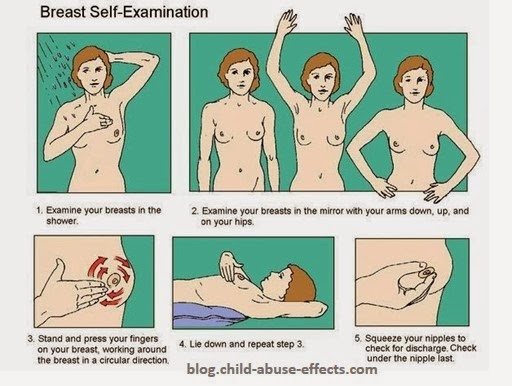 For my 40th birthday a number of years ago, my doctor wrote me a prescription for my very first mammogram. At the time, researchers convinced us that women 40 and up should get the x-ray every 1-2 years. Some here in Canada were saying every 5 years between the ages of 40 - 50.

Sixteen years ago, I trusted what my doctor was telling me. So like a good little patient, I went for the mammogram. And continued to every two years.

And yes, I know that there are radiologists out there who poo-poo the very idea that such radiation levels can harm, citing they are no more than what you are exposed to when traveling by air. My argument is that I question any level of radiation that is so concentrated on one area of my body when I don't suspect anything wrong.

And they absolutely refuse to accept any evidence or studies that show mammography may not be as beneficial as originally thought.

Now there is a new Canadian study. Published in the British Medical Journal, the 25-year study disputes the general opinion that mammograms save lives over those who do not have them. Their results showed that women who had mammograms were just as likely to succumb to breast cancer as those who didn't.

I know, I know. There are women out there who have had their cancer discovered through mammogram. And they credit mammogram for saving their lives. But for me, those testimonials are not enough. Especially considering the risks.

According to the National Cancer Institute:

Suzanne Somers received all kinds of negative comments for her stance on mammography after her interview with Rosie O'Donnell a few years ago. Many cited her lack of credentials. Some called her irresponsible. Others claimed she was spreading misinformation. And now there's a longitudinal study that has caught up to at least some of her claims.

Last week, I received my 2-year notice for a breast screening mammogram. And I've decide not to go in for the screening. Instead, I'll continue to check my breasts through self-examination.

Posted by Darlene Barriere at 10:13 AM