You May Be an Introvert If... 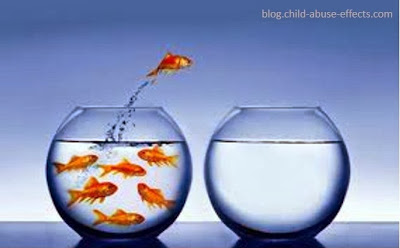 Introversion as a disorder? What the sam heck was the American Psychiatric Association thinking when they considered classifying introversion a disorder? Nincompoops! I can only guess that it was a group of extroverted egos that were involved with that one.

If you agree with the consideration, then I suggest you check out 16 Outrageously Successful Introverts.

I'm not one to simply accept what a group of so-called educated people label another group of people. Truth is, "trouble with authority" is a keyword phrase that's been used to describe me throughout my life. I accept and embrace that label quite proudly.

Anyone with credentials can make a claim. Doesn't mean the claim is accurate. After all, until recently, the APA considered homosexuality a mental disorder.

I've known for quite some time I'm a bit of an introvert. What I didn't realize is to what degree. And it seems I'm not nearly alone. YAY for us innies!

A week or so ago I read an article from the Huffington Post titled 23 Signs You're Secretly An Introvert.

Clearly, based on the article, the term introvert is more complex than it used to be. No one was more surprised than I was that I exhibited all 23 signs.

Being an introvert doesn't mean that you're a wallflower. Far from it. Whenever someone engages me in a conversation that I'm passionate about, I'll talk their ear off!

Introversion doesn't mean that there's anything wrong with you. It just means you're wired differently than an extrovert. It means that unlike extroverts, crowds tend to drain you of your energy. You need time alone in order to recharge your batteries.

Introversion doesn't mean you're shy, though some introverts are shy. And downtime is not unproductive to an introvert. Not even close.

Why does it matter if you know whether you're an innie or an outie?

It mattered to me. When I read the 23 signs, I was quite surprised. Not just by that fact that each sign is true for me. What knowing did for me is bring understanding to why I do feel so drained when I'm around large groups of people.

I used to wonder if I was anti-social. Or too withdrawn. I can remember several teachers and instructors telling me I needed to come out of my shell. But the truth was, I preferred watching people. Not to judge, to simply watch. There's nothing wrong with me. It's simply the way I'm wired.

A friend recently told me I was "balanced" when it came to identifying as either introverted or extroverted. I thought she was right. But now that I've read the article, I realize just how many of us have been using an incomplete definition of what introversion really is.

Get me on a dance floor with great music, I'll appear an extrovert. Same on the stage in front of hundreds, even thousands of people. But send me shopping among crowds, I can't wait to sit down where there's peace and quiet. If I don't, I feel zapped of energy. And it's not the shopping. It's the crowds.

So if you identify as an introvert, even just a little bit, embrace it warmly. And I welcome you to the club!
Posted by Darlene Barriere at 7:30 AM