Is There an Up Side to Anger? 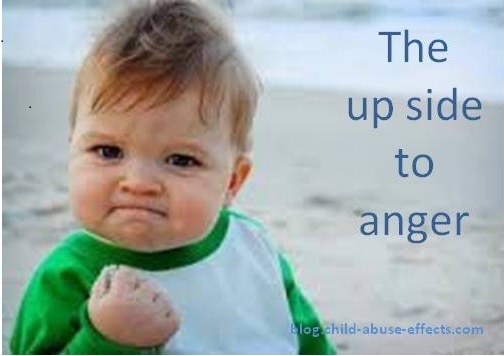 Can there really be an up side anger? Can it work in your favor? I don't mean in a manipulative way. But rather, in a way that can leave you completely comfortable with the way things went down. Even when things get, well...ugly.

Several weeks ago, I had what can only be described as a marathon interaction with a family member....surprise, surprise. At first things were civil. But as the wee hours of the morning ticked on, I found myself getting more and more frustrated. More and more agitated. I was tired. Cold. And hungry for food. Not a good combo at 3 a.m.

Generally, I'm very tolerant. When I sense that things are beginning to reach a feverish pitch, I back off. We mutually agree to disagree and then go into our respective corners without a jab being delivered. Civility is maintained.

But the side effect of this method is that the tension builds over time. Especially when both parties are...determined. Or, if you'd prefer, stubborn. I'm not so evolved that I don't feel that tension. What happens is that each get-together gets more challenging. It gets tougher and tougher to be tolerant. Tougher and tougher to walk away.

The same old "stuff" was being re-hashed over and over again. I got tired of it. I'd had enough. I got bloody angry. I'm talking about the kind of anger that takes on a life of its own. No ditsy-doodling around.

I was brutally honest. Let the chips fall where they may type of honest. And so was the family member. I didn't take anything personally. I just understood how this person could perceive what was being perceived.

Eventually, things got civil again. The air between us seemed a little clearer. We didn't resolve much, but the tension was gone. So there seemed to be an up side to the anger. When I went to bed there was no guilt. No shame. No problem sleeping. At least on my part.

I think what surprised me most about my angry outburst was that I didn't feel, and still don't feel, any guilt or shame whatsoever. I'm completely comfortable about the whole thing.

As for the family member, there seems to have been some kind of breakthrough. I guess time will tell. But no matter what, I'm quite proud that I was so honest. Maybe it's because I realize that in order for this person to understand what I was really feeling, I believed in the moment that I had to get angry. We both had to get angry. This encounter showed me that there can be an up side to anger.

How has anger worked in your favor?

Posted by Darlene Barriere at 8:00 AM