The Taboo of the True Sixth Sense 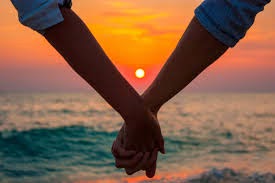 Human beings supposedly have 5 senses: smell, sight, taste, touch and hearing. The so-called sixth sense is what we've dubbed ESP or Extra Sensory Perception. But why have we made a leap for the sixth sense to be what some call pseudoscience when there is at least one more--if not many more--senses within the human body?

The most common of the extra senses I've been able to find are:
But what of sexuality? The lists I've read completely ignore sexuality. Why is that? Why would there be a such a purposeful lack of acknowledgment of a sense that is so vital to our continuation as a species?

I can remember my mother telling my brothers that they'd go blind if they masturbated. I'm sure many of you repeatedly heard the same warning. A warning that has its roots in religious doctrine and dogma. Roots that were adopted to control the masses.

I can also remember being taught that as a girl, I was to wash my private area, but to do it very quickly so as not to awaken any devilish thoughts. I didn't even know what that meant. But as my mother grew away from the church, those particular archaic religious messages fell away, replaced instead with the equally archaic males-as-victims-of-their-erections mentality.

I was told that if a man had such urges for me, not putting out--what she called "giving it to him"--would result in a possible fatal case of "blue balls". I was told to "give it to him" to prevent his possible death, because let's face it, I was responsible for those urges in him to begin with. It all sounded ridiculous to me even then.

To add to the already mythical mix, I was also taught that the greatest virtue I could have as a female was to be a virgin for my husband when I got married. Talk about conflicting messages. I found it crazy-making!

I know my mother was a victim of the brainwashing religious messages she'd received throughout her life. Especially during my very young years, when we lived amongst a community that was staunchly Catholic. A community that kept a close eye on all of the parishioners. A community she turned to for the approval that eluded her as a severely abused child.

Can this be the basis for why the world has ignored sexuality as a sense? I mean, let's be honest here. The world's top religions don't exactly promote sexuality. Sex is supposed to be strictly for procreation, right?

Not by my way of thinking, that's for sure. A healthy sex life is important to our good health. Science keeps showing us this in study after study.

So rather than ignore what is so primal in all of us, what is so important to ensure the survival of humanity, I propose we start by accepting our own sexuality as our true sixth sense. Better yet, our first sense. Now that would make much more sense to me.