Religion Takes an Unexpected Stance on Inequality and Torture 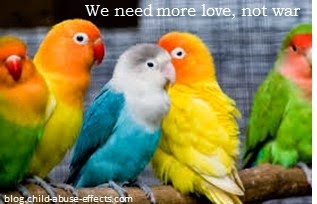 The first unexpected stance comes out of North Carolina.

In a move that seems right out of some weird (but wonderful) parallel universe, a coalition of clergy members filed a federal suit this week claiming that North Carolina's constitutional ban on gay marriage violates their freedom of religion.

One clergy member cited that the unjust laws are a direct affront to freedom of religion because following the law means they cannot provide "equal pastoral care and equal opportunity to religious services".

And that includes performing same-sex marriage ceremonies within their congregations.

At a time when a Kentucky shop is banning gays but welcoming guns, this is indeed a breath of fresh air.

Of course, there are the zealots and haters who are quick to lay claim to their religious beliefs over that of others. One Christian conservative group representative cited that North Carolinians voted for a ban on marriage equality. Therefore, the will of the people must be followed.

Since when are human rights voted on? Human rights are just that...rights. They don't depend on the will of the "people"...they just are.

The second unexpected stance comes as a result of the disgraceful darling of the Tea Party movement, Sarah Palin.

A Christian organization has slammed Palin for her position on torture after what rolled off her lips during a recent address to the National Rifle Association, and brought roars of approval from the audience: "...waterboarding is how we baptize terrorists."

The Christian group has started a petition to denounce Palin's hate-filled remarks.

"This is what we’ve come to in America: A former candidate for vice-president can equate torture and Holy Baptism, and one of the nation’s most powerful political lobbies erupts into cheers and applause.

"As usual, Palin’s remarks are already making international headlines, once again portraying Christianity as a religion of hatred and violence. But this time, let’s show just how many Christians are appalled by Palin’s twisted misrepresentation of our faith.

"For Christians, torture is not a joke or a political punchline, but a ghastly reminder of the suffering of Jesus upon the cross. By equating it with Holy Baptism — the act by which we are united with Christ in his death and resurrection — Sarah Palin is blasphemously twisting our faith into a weapon of hatred and violence. No media outlet should cover her remarks without reporting on how sincere Christians of all theological and political persuasions are appalled."

Though I don't agree with the position Christians take about Jesus on the cross and his resurrection, I certainly agree with the stand they are taking here.

If we don't speak out about tyranny and hatred in all its subtle but ugly forms, we are doomed to repeat the mistakes of our past. Mistakes that will continue to bring on more war and more suffering. More war and suffering is the last thing we need on our planet. What we need is more love.


If people have been taught to hate they can be taught to love for love comes more naturally to the human heart than its opposite.
~Nelson Mandela

Posted by Darlene Barriere at 8:48 AM