When Going Up in Smoke is a Very Good Thing 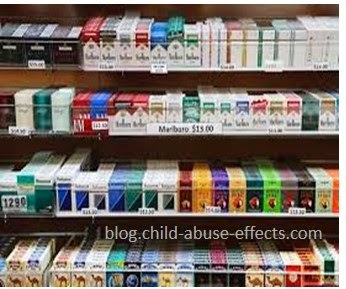 Cigarette smoking kills. And not just those who smoke. It also kills those exposed to cigarette smoke. At the very least, it causes many respiratory and immune system diseases. So it was always a mystery to me how a retail health provider could actually sell these lethal sticks. And now we have what I hope will be the first of a no-brainer trend.

Yesterday, major U.S. pharmacy retailer, CVS, announced that by October 1st they would no longer sell cigarettes and other tobacco products in their 7600 stores nationwide.

Larry J Merlo, president and CEO of CVS Caremark said in a statement: "Ending the sale of cigarettes and tobacco products at CVS Pharmacy is the right thing for us to do for our customers and our company to help people on their path to better health. Put simply, the sale of tobacco products is inconsistent with our purpose."

Double thumbs up! It's about time somebody realized the absurdness of selling what has for so long been proven to addict and ultimately kill.

In Canada, pharmacies in all provinces, except my province of British Columbia (how that is possible is beyond me, since we were the first to eliminate smoking in restaurants!) are prohibited from selling tobacco products.

Why it's taken so long in the USA is beyond me. But then, why my own province hasn't adopted a tobacco-free pharmacy policy is a bit of an embarrassment. Even Manitoba...Manitoba, a province where it's almost impossible to go anywhere and not be around smokers, banned the sale of tobacco in pharmacies. Shaking my head that we're the last in our country to allow such backward practices.

CVS also announced they would launch a national stop-smoking program in the spring. Which includes treatment, in-store information and online resources.

Another double thumbs up! Education and resources are key to helping people bring healthy change into their lives. I know. I used to be a smoker.

It's been about 30 years since I quit. And I can honestly say that lighting up during stressful situations or at any time doesn't even enter my frame of reference. The habit is completely gone.

But as a young woman, I was clueless about what my smoking was doing to others. I couldn't smell it because my sense of smell went up in a puff of smoke.

I remember being in a restaurant when we were still allowed to smoke in them. A woman was at a table beside me, quite close. I told my friend across from me how considerate I was when I lit up by making sure I blew my smoke away from people around me. The woman gave me quite the look.

But I honestly and truly believed I was being thoughtful and respectful. It was such an ignorant moment. One I never forgot. Especially as a learned more about what my smoking was doing to me and others.

Some say that reformed smokers are demonstrably more vocal about quitting and prohibiting access than those who never took up the habit in the first place. Maybe it's because we're making up for the unknown harm we caused others. And what we did to seriously harm ourselves. We know of what we speak.

So I commend and applaud CVS Pharmacy for their plans to remove tobacco products from their shelves and to provide smoking-cessation treatment and education for those who are addicted. I'm excited about the prospects of other retailers breaking their addiction and sending their sales of tobacco products up in smoke.

Posted by Darlene Barriere at 9:06 AM