What Stands in Your Way? 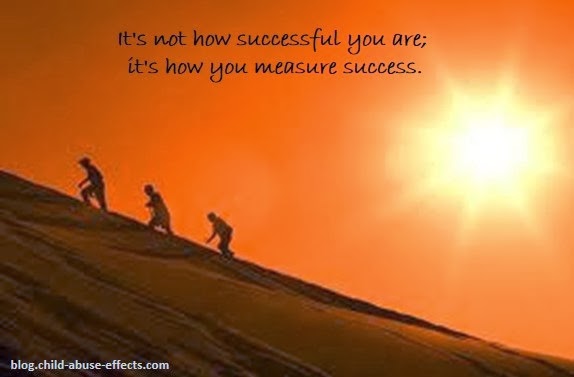 What keeps you from realizing your dreams? From moving forward in a difficult situation? From getting past something you endured as a child?

We all face some form of adversity at some time in our lives. Whether it was as a child, a youth or as an adult. And some of us seem to have a greater load than others. Possibly experiencing heavy challenges at every stage of life.

Perhaps you endured physical, sexual and/or emotional abuse as a child. Perhaps you were raised to feel as though you aren't enough and that you'll never measure up. Or you were rejected, told that you shouldn't have been born.

Maybe you lost a loved one, someone you were very close to. Someone who was a mentor. Someone you deeply respected. Perhaps you feel guilt or shame for what you perceive was a role you played in harming someone, either when you were a child or as a youth.

No matter what has happened in your life, no matter what your choices were, be it present or past, you can get beyond it. The questions are: What stands in your way? What exactly is holding you back? What is it that you fear?

Success? The fear of success stands in the way of more people than you might think. Perhaps you're one of those who  worries about what will happen to your life if your dream comes to fruition. How it will impact your family time, leisure time or time for yourself.

Let's face it though. If we're being honest, it isn't usually success that we fear the most. At least not when we're initially imagining our dreams. Most of us fear failure.

I have news for you. You will fail. Failure isn't only an option, it's an opportunity. It was Thomas Edison who said: I have not failed. I've just found 10,000 ways that won't work. Use failure as an opportunity to determine what doesn't work, then find what does work.

The fear of failure can hit us in so many ways. Failure in the sense that we look inadequate or that we won't measure up. Fear that we'll prove all the negative messages we received as a child are actually true.

But they aren't true. They're lies. They were lies when they were being relayed to you. They're lies now that you've adopted them in your psyche.

Notice what I said in the last line. You've adopted them in your own psyche.

No matter what others have told you, either directly or indirectly, it's what you tell yourself that determines where you will go in your life.

So how exactly do the thrivers keep thriving? What is their secret to not getting stuck. Or better, how do they not stay stuck when triggers are all around them?

Thrivers first shed the old tapes. They shed the lies. They shed stuff that prevents them from doing the things they dream of doing. The stuff that stops them moving from dream potential to dream production.

It's not how successful you are; it's how you measure success.

Thrivers have a strong sense of right and wrong. They measure success, not solely in monetary terms, but also in intrinsic terms. How they make a difference in the world. How they contribute to the greater good.

So what stands in your way of being a thriver?

Posted by Darlene Barriere at 10:52 AM