We Create What We Focus On 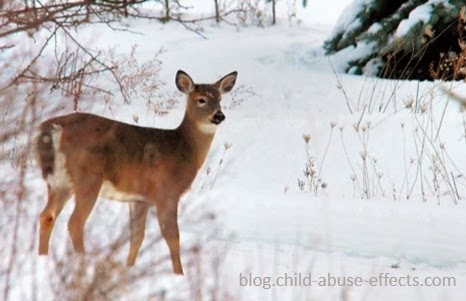 Today was the third time I've seen a small herd of white-tailed deer at our home. It's not unusual to see one or two. Or to see evidence in the form of scat or tracks. But a herd? Not so common.

The first time there were 6. Two large females. Four smaller ones. Probably babies from last spring. It did seem strange to me that both females might have had twins. But who am I to argue with nature.

Less than a week later, the same herd. Only they seemed to have picked up another little one. There were 7 in the herd this time.

And this morning at 7 a.m., while I was pouring water in my coffee machine, 8 majestic beauties walking the trail on the slope that's our backyard. This time, 3 beautiful adult females with 5 smaller ones anxious to keep up.

And about 2 1/2 weeks ago, another wildlife wonder.

What I thought at the time might be someone's pet ferret turned out to likely be a short-tailed weasel. I didn't go outside to touch it. I didn't try to feed it or capture it. But rather, was joyfully delighted with its playfulness on our patio. The little thing entertained me for about 10 minutes before scurrying off. Even coming up to the glass door to have a closer look at me a couple of times. 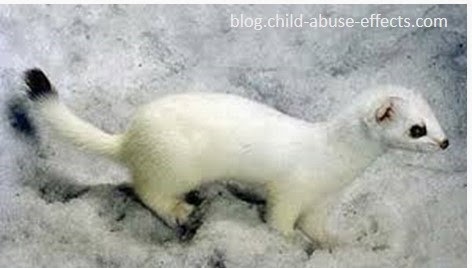 What's so interesting about this little cutie is that in the ten years we've lived in Kamloops, I've never seen one before. And haven't since. Yet they're supposed to be indigenous to the area. Go figure.

So what's up with these wildlife wonders appearing to me in such a short span of time?

I've been reading the book E-squared: 9 Do-it-Yourself Experiments That Prove Your Thoughts Create Your Reality, by Pam Grout. The second book selection for the newly created spiritual book club I belong to. 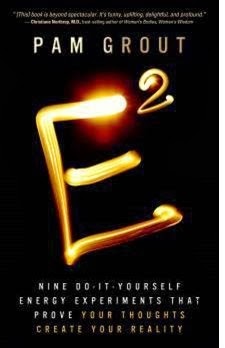 Without giving a spoiler alert, I will say that some of the experiments have yielded some very interesting results.

So the question is, did I bring these wildlife wonders into my reality?

The deer? Most definitely. Though I wasn't so specific as to "ask" for a small herd. Not complaining that I got one, though.

The white-tailed weasel? Without consciously "asking", yes I did. Okay, perhaps there is one spoiler alert here for experiment #1. Only I "asked" for a clear sign, something that I would recognize as a sign that there is a field of potentiality. Alas, that adorable and playful little creature showed up for me.

If and when we decide to open our eyes to the fact that what we focus on expands in our reality, we will see evidence of it all around us.

Whether or not you believe such a field exists. there is proof all around us that it does. Be it wildlife, wondrous events, warmhearted moments or anything we give our focus to.

Posted by Darlene Barriere at 10:30 AM