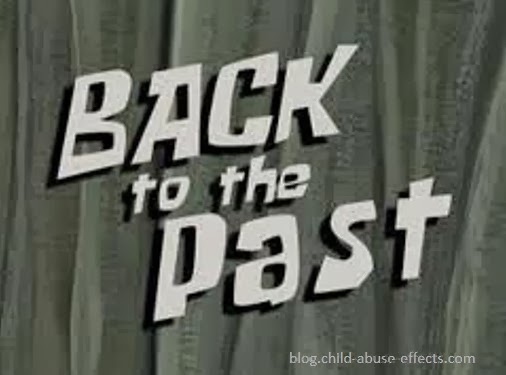 No matter how far along you are on your healing path, there is always something else that can come up to show you there's further to go. And I'm willing to bet that every single one of us, abused or not, will find ourselves with a ways to go along that path at some point in our lives.

I met with a couple of friends for lunch over the weekend. One of my friends, I'll call her Ann, is trying to lose weight. So that became the topic of conversation. Ann and I have spent a lot of time together, so I know her better than the other friend, who I'll call Terry.

Ann knows that I used to be over 300 pounds. She wanted me to share some of what I went through when I was obese. So I obliged.

I was at a Denny's restaurant years ago at the coast, sitting at the counter waiting for my order. A waiter came up to me and asked me to leave because there were customers in his section that were disgusted by my girth and didn't want to have to watch me eat.

We talked about the culture of hatred toward overweight people. Ann asked me a few more related questions.

Terry seemed engrossed. Or at least engaged to what was being discussed. But as I shared more, Terry began looking around the restaurant, paying attention to whatever was going on at other tables and out the window.

I sat there, and was painfully aware of her boredom. All that was missing was the yawn and the ho-hum. I kept waiting for her to look at her watch, which would have been the telltale sign that she'd had enough.

But more important than her reaction was mine.

I suddenly felt inadequate. And rejected, of course. But the primary feeling was that I wasn't enough. That I didn't measure up. And that started the shutdown. I very quickly wrapped up my story and stopped talking.

Later, on our way home, I told Ann that Terry's looking around, seemingly bored out of her gourd, while I was sharing some of my story left me uncomfortable. "Oh, Terry does that all the time," Ann replied, laughing it off. Clearly, Terry's rude behaviour didn't bother her.

But I couldn't see the humour in it the way Ann could. I felt myself shutting down more and more. Inwardly, I vowed I wouldn't talk about myself any more. That the next time I was asked a question about my past, I'd pass on sharing. And as I continued on this stream of thought, I felt my chest constricting.

Nobody wants to hear your story, Darlene. Let it go. It's old news. Why do you have to keep talking about it? For crying out loud, just shut up!

These were the thoughts invading my mind. Messages of rejection I'd received as a child from various adults I reached out to. Various adults who themselves simply didn't know how to help.

And I suddenly became aware that I was having this stream of thought. That I was telling all this to myself. No one else. It was all me.

After I dropped Ann off, I remembered an Eckhardt Tolle quote that had magically appeared in my inbox just a few days earlier:


If you get the inside right, the outside will fall into place. As soon as you honor the present moment, unhappiness and struggle dissolve, and life begins to flow with joy and ease. When you act out the present-moment awareness, whatever you do becomes imbued with a sense of quality, care, and love - even the most simple action.

I couldn't control Terry's response. I could only control mine. If I chose to shutdown, the energy would be blocked within my own body--I could feel this already happening within my chest as it squeezed tighter and tighter.

So when I got home, I sat with the discomfort of being rejected, and simply allowed the energy of that discomfort to flow right through me.

My happiness cannot be tied into what others say, do or Be. My happiness has to come from within me. I can choose happiness, even in the midst of rejection and other feelings of discomfort. Pain is inevitable. It's suffering that's optional. And I don't want to suffer.

I'm grateful to Terry for providing me the gift of an opportunity for this deeper healing.

Have YOU ever had a conversation with someone, and their reaction triggered a past feeling within you? How did you cope with the pain? In a healthy way? Unhealthy way?