Where Does the Universe Get It's Information? 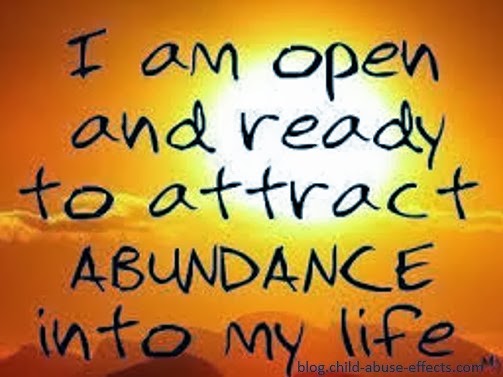 Does the Universe "think"? Does it have an imagination? Is it capable of judgment? Does it "give" what is desired based on whether we think so-called good or bad thoughts?

I was in a group recently where we were discussing the Universe, as in the Law of Attraction. Someone posed the question: How does the Universe manage to cover so many bases? She basically wanted to know how the Universe operates. How it gives what is desired to everybody all the time.

There are much smarter people out there who can actually answer what she wanted to know. Alas, none of them were among the group I was in.

However, I was stunned when someone suggested that the Universe has a wonderful imagination. That it determines what is given by the quality of thought coming from the person.

But I wanted to explore this person's response further. To make sure I understood what she was really saying. Maybe I misunderstood her words. That has been know to happen.

Did she think that good thoughts were rewarded, bad thoughts punished? An important distinction. After all, this is the basis of many religions throughout the world. But it is not the basis of the Law of Attraction.

So what is the difference between that which is like being drawn unto itself and a reward/punishment system?

The Universe has no thought. No judgment. No imagination. It simply (or complicatedly, if you prefer) provides that which is desired by remembering all the information it receives. Much like a computer.

It's humans who think, pass judgment and engage in imagination. And it's humans who mistakenly assume that the Universe works in a reward/punishment system.

But what can be expected when the true architects of a reward/punishment system are also humans.

I believe where the misunderstanding comes in is in the word desires.

We've been told that all we have to do is ask and it is given. By human understanding, ask for what you desire and it is given. But the way of the Law of Attraction and thus the Universe, is a bit more complex than "asking" as we define it.

What we focus our attention on is interpreted by the Universe as desire. Therefore, if you're focused on things you don't want, or give attention to what you lack, your focus is on what is undesired. The Universe doesn't judge. It will bring to you what you are spending time focused on.

I don't know all the inner workings of the Universe. And I don't need to know in order to have it work for me in a way that is fun and desirable. I need only recognize that my thoughts are launched as rockets of desire.

And if I want more of what I truly do desire, then it starts with desirable thoughts. I can then gauge whether or not I'm attracting what I really desire by paying attention to my emotions.

When I'm in the flow, moving toward what I truly desire, my emotions are in the range of excitement, anticipation, joy. All the positive emotions.

When I'm against the flow, my emotions fall into the negative: anxiety, anger, frustration, helplessness. etc. But even when I'm in this place, I can still choose to reach for a better feeling thought.

That better feeling thought doesn't have to be going from helplessness to joy. That's too great a leap.

Just moving to a better feeling thought brings about a change.

The Universe brings forth what we focus on. It gets it's information directly from us. No imagination necessary. No judgment relied upon. No thought whatsoever. In the words of Abraham:


Someone has said, "the Universe has imagined it even better than you have." And we like to add to that: The Universe got all of its information about what you like from you, and it has remembered every piece of it and has put it together in perfect formation. And so, the things that are on their way to you are so much better than you even know that you want. And as you allow them, the essence all of these things that the Universe knows that you are wanting make their way to you and appear in perfect timing for you.

Posted by Darlene Barriere at 9:38 AM