What is Home, Anyway? 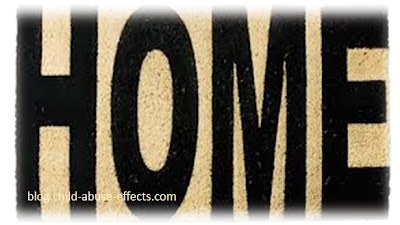 The word HOME has found its way into my awareness. I see it everywhere these days. Various social networking sites. In movies and books. Even in my dreams. Though the latter might be more as a result of having my home on the market than anything the Universe is sending my way.

But when I really look at the word, I recognize that HOME is often used to describe heaven. Or some other Divine place in the after-life. It all depends on your personal beliefs. The word HOME has great religious or spiritual meaning for a large portion of the population.

When my mother-in-law was dying a number of years ago, she was in an altered state brought on by a combination of renal failure and pharmaceuticals. She kept asking to go home.

The nursing staff insisted she was asking to be left to die and go home to heaven. But her beliefs didn't even come close to that. Fact is, she hated being in the hospital-like environment. She wanted us to take her home, with us.

I doubt the nurses were right. But I'll never know for sure what was going on in my mother-in-law's mind, so I'll always leave room for the possibility. The truth is, we are all becoming more aware and enlightened. So who knows for sure.

But over the past couple of days, I've seen three acrostics (using each letter of a word to form individual words that express a concept) for the word HOME. Whenever I see that many of any one thing, I take notice. Especially when I couple it with seeing the word itself in so many other areas of my life.

Allow me to offer my thoughts on these three acrostics. Acrostics that I believe we can embrace. Feel free to attach whatever meaning fits in with your own belief system. Adopt any of them as a personal mantra. A mantra that can help bring healing into your lives. And who doesn't need healing in their lives.

Heart Of Mother Earth: Denotes a connection with Gaia. Grounded with Earth's energy. Doing nothing to harm her. Being in alignment with her needs, which also aligns with your needs. Respect and healing when she or you needs it.

Healing On Mother Earth: Implies that all on the planet are moving through a healing, including the Earth herself. Healing from scores of wars and seemingly unending injustices. All forms of healing: emotional, physical and spiritual.

Healing Of My Emotions: The process by which we choose healing over the emotions that overtake us. But one must choose that healing in order for it to take place on an emotional level.

When you see the word HOME, consider it's meaning from your heartplace rather than a place to hang your hat. HOME is where you live, deep within.