The Remarkable Power of Words 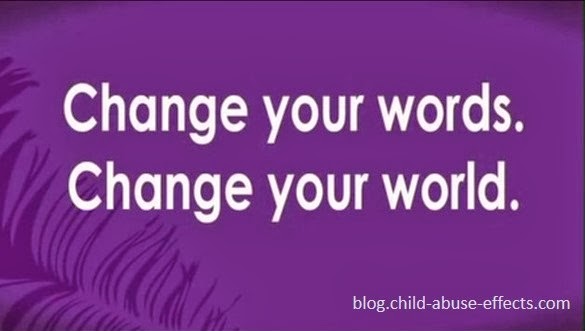 Words really do matter. How you say something, even what you say quietly to yourselves, is more important than you might realize. Because words carry energy. Everything carries energies. Including your thoughts. Emotion = energy in motion (E-motion).

I attended my much-anticipated monthly meetup group, Kamloops Creating Consciousness, meeting last Wednesday. One of the topics of discussion was the difference between using "set a goal" and "intention" to move forward in our lives. A timely and apt conversation given the new year.

When we use the words "set a goal", the energy feels quite different than using "intention". The former comes from a place of lack and speaks to the future, where the latter has the feel of anticipation and being more in the Present moment.

When we set a goal, it is implied that there will be an end. That we are determined to do what needs to be done in order to reach that end. I suppose for some that's the goal. Pun intended. But what of coming from a place of lack?

The Law of Attraction says that which is like is drawn unto itself. So just from that perspective alone, why would we try to gain something desired by coming from a place of the undesired? All that would do is bring on the undesired. Or best-case scenario, it's taking the most challenging route to get what is desired.

Conversely, when we come from a place of "intention", energetically and emotionally, we are in the flow. Moving towards our desire rather than focusing on the undesired.

Example: Hubby came home from a doctor's appointment yesterday and announced that he had to lose weight based on his doctor's stern recommendations. Hubby has now set his goal to lose 25 pounds. He shared that the doctor is concerned  about the perils of him being overweight and how important it is for the sake of his heart health (he has two arterial stents) that he bring down his weight. Hubby is now focused on all the good stuff he can't eat or drink. How he's going to have to stay away from bread (except for 1 piece per day), pasta and potatoes. How simple carbs must be eliminated. And complex carbs be severely restricted. That he can have all the beans he wants (oh joy) but that flatulence will rule--my focus just as much as his!

But what if instead he came from a place of "intention"? How would that be different? He would intend to be 25 pounds lighter. Energetically, this just feels more uplifting. It opens the door to seeing things from a more positive vantage point. Not from a place of lacking. Like eating healthier and keeping with a regular exercise routine. There is also an excitement to the anticipation of being 25 pounds lighter: the desire.

To some this is just semantics. To some these words mean the same thing and are interchangeable. But I see and feel the difference. One uses the Law of Attraction in a way that is so much easier. The other, in a way that tends to focus on the negative, a way that statistics show is likely doomed to failure.

Posted by Darlene Barriere at 11:42 AM