Learn to Say No When All You Know is Yes 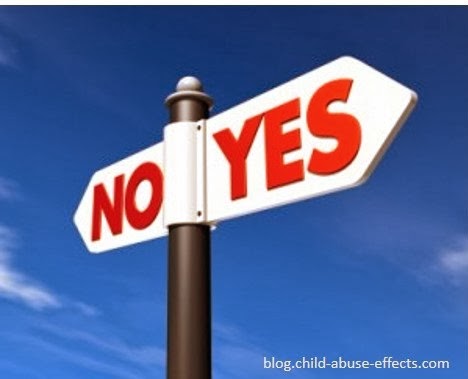 Do you have difficulty saying no? Do you often say yes when someone asks you to do something when you really want to say no? Do you feel uncomfortable saying no when asked to volunteer for a cause or donate to one?

If you've answered yes to any of these questions, you're not alone. Most of us at some time or another have been uncomfortable saying no, so said yes instead. Let's examine why this is.

In a nutshell, we are uncomfortable saying no because we don't want the other person not to like us. It's more important that we be liked or judged in a positive light.

Some of us have been taught that it's impolite to say no. But those that taught us to be "polite" by saying yes were themselves brainwashed into believing that no is some kind of a dirty word. Again, only because it plays on our need to be liked. To be comfortable.

We say yes to the family member who wants to borrow money from us when we're doing well, because if we say no, then our insensitivity and unwillingness to share what we have is judged by other family members.

We say yes to donating money to a cause that we don't support when it's the neighbour who comes knocking at our door, because we don't want to appear uncaring.

We say yes to a movie we don't really want to see because the other people with us want to see it and we don't want to look like a stick in the mud.

What would happen if you suddenly became comfortable being uncomfortable? Try it, and see how it feels. Go deep into the discomfort. Ask yourself where it is you feel it. Then allow yourself to fully feel it.

And what of those who don't seem to want to take no for an answer?

If you've said no, but someone doesn't want to accept that no, they are trying to control you. So try shifting the circumstances in such situations by calling them on it. Politely, of course. "I've already said no. When you keep trying to get a yes out of me, you are trying to control me. I ask that you please stop. My answer is no."

If we measure our self worth based on what others think, we'll never be happy. Because sooner or later they will disappoint us. If we expect happiness to come from anything external, we give away our power.

We must find that place inside of ourselves that brings about happiness. The place deep inside that is always happy. No matter what.

And when we do find that place, suddenly saying no is not at all difficult. But more importantly, when we say yes, we'll really mean it. When we say yes from our hearts, we say yes from a very powerful place. A place that changes worlds.
Posted by Darlene Barriere at 10:04 AM