Do Strange Things Happen During a Full Moon? 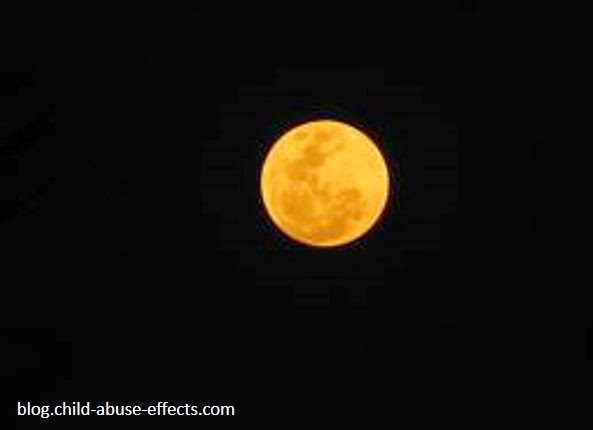 Have you ever explained away a strange event by blaming it on the advent of a full moon? If so, you're among very good company. Many people believe this. Even if they don't consciously realize it.

And perhaps there really is something to it. After all, certain energies are present during this time that are not present at other times.

I'm not talking about howl-at-the-moon type of energies. But there are many earthing-based healing traditions that believe in the powerful healing energies of a full moon. And even more powerful during a lunar eclipse like that of last Friday and Saturday, October 18th and 19th.

I personally witnessed two strange occurrences within minutes of one another while I was on my way to run some errands last Friday. Not healing occurrences. But I had to find a way to clear myself afterward.

The first was a fender bender at a line of traffic waiting at a red light in the oncoming direction. The elderly woman at the tail end of the waiting vehicles suddenly lurched forward. Her car pushed the car in front of her forward, which is what I saw. There was considerable damage to the front of her car. Not much to the car in front.

Hard to tell what possessed her to suddenly take her foot off the brake and step on the gas pedal before the light had changed to green.

Then, not even two minutes later, a near miss that would have involved several vehicles had things happened differently. The driver of a truck making a left turn from oncoming traffic sped in front of two lines of traffic on my side of the road.

The cars at the front of both lanes had proceeded into the intersection, but slammed on their brakes, each narrowly avoiding a collision with the truck.

Again, I wondered what would possess this young male driver of the truck to take such a risk. Both incidents so close to each other left me a bit shaky. But not for long.

I was thankful to be a witness and not a participant in either situation. I took a deep breath in, then a cleansing pronounced exhale. Which cleared the anxiety, the negative energy.

The clearing was important. Hanging onto the the anxiety and focusing on what could have happened is like an invitation to manifest the troubles for myself

I don't know if these two strange things happened as a result of the full moon. But I do leave room for the possibility.

Did anything unusual happen to or around you during the full moon last weekend? If so, how did you deal with it?