An Unexpected Sign That a Child is Being Abused 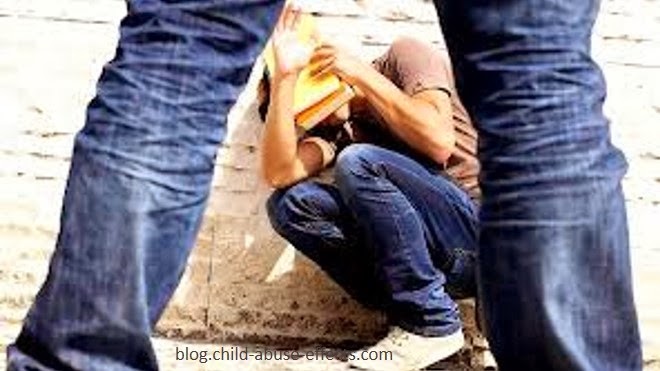 These are assertions that stem from misinformation and a misguided belief that parents have lost their authority. Or that parents are always right. Or that children need to be "put in their place."

The fact is, children do not have much of a voice at all. They have few rights. And even though there are laws that are supposed to protect them from abuse, all too often these laws fail children. Miserably.

A child who steps up to protect another child who is being bullied. Especially when the protector is acting alone.

It's easy to see such a child as a hero. Someone who will protect another at almost any cost. But oftentimes there is something else going on. Something much more serious.

For the sake of making this article more readable, I'll refer to the child as a male. But know that the gender of the child does not predispose them to any particular type of behaviour. A female is just as likely to be a protector as a male.

In such cases, the abused child stands up for the bullied child as a proxy voice. For both the bullied child and himself. He does not have a voice to stop the abuse being endured in his life. But will release the tension by standing up for someone else. Someone he has an opportunity to "save".

These children have a strong sense of right and wrong. And when they see an injustice being perpetrated against someone else who is helpless to protect themselves, they do the speaking up. Both for the bullied child and for themselves.

I was one of those children.

I couldn't prevent or stop the abuse I was facing at the hands of my parents. The system turned a blind eye. But I refused to turn a blind eye when I saw someone being mistreated. I stood up for injustices and the bullied. Even at my own peril.

And when the bullied were my brothers, my sense of what was "right" did them no favours. Though my motives were in the right place, they were misguided. Because my brothers then had to deal with the added bullying of having an older sister who had to "protect" them.

So the next time you see a child stand up for a bullied child, especially in a way that puts the protector at risk, ask yourself: Is this child being abused? Then do the necessary follow-up.
Posted by Darlene Barriere at 9:06 AM