Do We Have the Right to Ask for Prayers for Someone Else? 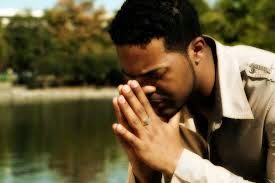 How often do you read a post on a social networking site that asks you to pray for someone? And not just for the person posting. The prayer request is often for the person's mother or father, brother or sister, or some other loved one. And of course, as a decent human being, who would dare not respond to such a request.

But is it possible that when we do respond to a request on behalf of someone else, we might be crossing the line of free will?

I have friends who believe that praying for others is our duty as spiritual beings. That it doesn't matter who does the asking. That it's all about our higher selves.

One friend who is an intuitive sincerely believes that all we have to do is appeal to the other person's higher self to get "permission". Which in her eyes means that praying for a particular outcome that someone else wants for that person is perfectly acceptable because, she says, "All higher selves want what is best."

This makes no sense to me, on so many levels. Such "granted permission" suggests that each of us has some way of actually connecting with other people's higher selves when most of us have yet to make the connection to our own higher self.

I'll spare you my personal belief system. But I will pose some questions that might make you reconsider your approach to free will.

How do we know that it isn't part of the person's purpose in being here to actually deal--however that looks in the moment--with some type of horrible illness? Yes, that includes diabolical cancer.

How do we know that the outcome, even ultimately death, isn't all part of what needs to happen for yet another outcome? Anita Moorjani comes to mind, the woman who died of her cancer, then came back to heal herself, which she wrote about in her book, Dying To Be Me.

How can we know what the purpose is in illness and eventually death, and even in pain and suffering?

I'm not saying that we let someone suffer when we have the means to ease that suffering. What I'm saying is that it's not up to someone else to decide whether or not we get better. That has to be our decision. Our choice. Each of us as individual human beings.

Just because you think you need or want more time with that person, for whatever reason, does not mean that your free will eclipses theirs.

Emotions take over within each of us when we don't want someone we love to be sick or to die. Or worse, to be in pain and suffering. But it must be the person in pain or suffering to be the one doing the asking. Not the one who is emotionally caught up in a potential undesirable outcome.

This is too harsh for many of my friends and acquaintances. And as a result, I've been called cold and unfeeling. Nothing could be further from the truth. It's just that I see a much bigger picture unfolding.

I'm not what I would define a praying woman. I do not ask a God for a particular outcome. I don't ask for any outcome.

When someone asks for a prayer, I enter what I call my heart space to send positive loving energy toward the person who has reached out. Energy intended to help that person deal with what is happening in their lives. After all, they are the ones reaching out for help. And clearly, they are the ones having difficulty coping. I interpret their request as a cry for emotional support, which is what I send.

I do not enter my heart space and ask for an outcome for third parties. I believe doing so interferes with that person's free will. It's one thing if they ask personally. It's quite another when someone else does the asking for them. Going to the higher self bypasses that free will; and I will not do it.

So if you send out a plea, asking for prayers for your loved one to get better, what I'll do instead is send you loving healing energy to better be able to cope with whatever happens to that loved one.

And if you ask me to pray for you to get better, I'll enter my heart space and send you healing loving energy to help shore up your intention to get better. This is what I believe Oneness is in an individuated world of free will. This is in part what I believe it means to be a spiritual being having a human experience.
Posted by Darlene Barriere at 9:20 AM