Weighing in on Merry Christmas vs Happy Holidays 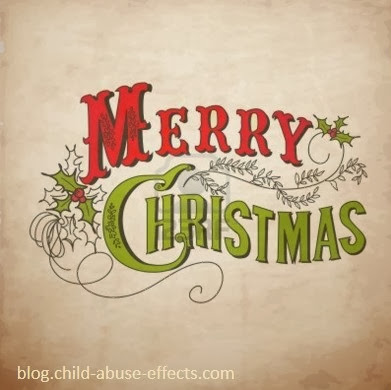 Everywhere I turn I hear the debate about whether this time of year we should be greeting people with Merry Christmas or Happy Holidays or Season's Greeting or some other address. In some cases, it's not a debate at all. It's a my-way-or-the-highway way of thinking, in favour of Merry Christmas.

I've heard several arguments. Some pretty good. Some not so good. And there are members of my own family who have weighed in with a vehement, "It's Merry Christmas because we're celebrating the birth of Jesus Christ!"

Then there's another segment of my family who, for their own religious reasons, do not celebrate or even acknowledge this time of year. They don't acknowledge any birthdays, Jesus Christ's or anyone elses. Let alone use a seasonal greeting. I respect that they have their own views.

Now it's my turn to weigh in on the issue.

I grew up in a home where my mother insisted we go to church. But my dad never did. So I lived in a house where there was a confusing contradiction.

I didn't understand how we'd all suffer in the burning depths of hell if we didn't step foot in the cathedral every Sunday, go to confession before receiving communion, then Catechism after the service, but my dad was somehow exempt from attending Sunday mass.

But once we moved from Winnipeg to Vancouver when I was 9 years old, my mother didn't seem so concerned about attending church at all. Eventually, she let us decide whether or not we wanted to go. And up until my early teens, I attended faithfully.

By then, the Merry Christmas greeting was ingrained in me.

But when I walked away from religion in my early teens, my beliefs began to change. Though I still greeted people with the traditional Merry Christmas, I no longer believed in the Catholic version of the season. Merry Christmas was more habitual salutation than symbolic of Christ's birthday.

Yet, even with no beliefs, I was still staunchly opposed to any greeting other than Merry Christmas. Until I examined my own contradiction.

My approach to the season will likely offend those who believe in the Christian/Catholic version of this time of year. One that I choose to incorporate throughout the whole year. One that doesn't celebrate a birth (or a death, as in Easter) of Jesus Christ.

Who am I to declare that this time of year is only Merry Christmas? So what if someone wants to give me a Happy Holidays or Season's Greetings address instead of what I grew up believing.

What kind of person am I when I get all offended by someone sending me good wishes in a way that isn't the way I'm used to? After all, if someone takes the time to greet me at all, I'm quite grateful.

Yes, yes, I know, it's not just people. It's the greedy corporations. The ones driving the commercialization and consumerization of Christmas that we're the most offended by.

Truth is, I really don't care if a corporation wants to address the season in a completely generic way. Why would I care about an organization that cares only about a bottom line? They have no credibility. What they choose to say or do has nothing to do with what I believe, and never will.

Christ consciousness is what I've adopted. Love. Kindness. Understanding. Compassion. Purpose in everything. And within that consciousness, all greetings are welcome.